Memories of the February 22 earthquake weigh heavily on the minds of us all; none more so than those who were there on the day dealing with the disaster. Keith Norton, a firefighter of 36 years and a USAR member for nine, was one of the first on the scene of the CTV site.

A few weeks later he was sent to Japan to deal with the aftermath of the devastating earthquake and tsunami. He speaks to Bridget Gourlay about his experiences.

Where were you on February 22?

“I was at home, in between night shifts, waiting to take my son and his girlfriend to airport. They were off to the UK for their OE.

“I made sure everyone was safe at home and I checked on my neighbors as they’re fairly elderly. Then I thought; ‘well this one’s got a bit of a kick to it’, so I headed to my USAR base. My pager hadn’t gone off at that stage. I heard a few reports of damage to buildings in town but at this stage I had no idea what I was heading into.

“(When I arrived at Woolston) we were told they’d been a partial collapse of a building on Madras and Cashel Street. We loaded some basic rescue gear onto the truck, and I was asked to be a squad leader. When we turned into Cashel Street and got close to the building we saw the monumental task against us. We knew there’d been loss of life.

“The place was alive with people, workers, police officers, on duty fire fighters all endeavouring to do the best they could. We got a call to say there was a possibility there were people trapped and still alive on the west side of the building.

“We went over to that side and managed to burrow into a wee void there and came across a wee Asian girl who was still alive but there were other people there who didn’t make it. From a combination of fire service and urban search and rescue guys we managed to free her after three-quarters of an hour. She just had superficial injuries.

“The further we burrowed into the building, we could see it was some sort of a classroom with all Asian students. We got the last one out of there alive at about three in the morning. That was a young guy who had to have his leg amputated — a surgeon came from the hospital to do that. His condition was going downhill pretty quick.

“We had very limited space to use and while you’re in there there’s aftershocks going on but you’re so focused on helping people you put it in the back of your mind; you more think about it afterwards. In total we got seven people alive from that wee void.”

I imagine you’ve seen some pretty shocking stuff in your career but was this one of the worst things you’ve seen?

“It was the most personally challenging thing, yes. I’m a part-time funeral director — have been for 17 years so I’ve seen all sorts of people — I can cope with it but you’re conscious of your team mates and workmates that might be struggling with it. It probably hits home more afterwards. You just look after each other, that’s the best you can do. Most guys have been coping but then fire service guys don’t really open up much.”

At 5.30am Norton was sent home, but couldn’t sleep. He was back at the CTV site by 8.30am. Later that day (February 23), he was assigned to the PGC building.

“I spent half the day going through the voids, listening to the equipment, trying to find if anyone alive was there. They hadn’t done a rescue since 10am. We were conscious of the fact there could still be someone there. Our listening gear is very sensitive — we called for all quiet on the site and basically we shut down equipment and truck engines and got complete quietness. It picks up any scratching or hissing or breathing or anything like that.” But there was nothing?

“Just nothing. The call was made later on in the day there didn’t appear to be any more survivors but you still keep searching; hoping you might come across somebody. It wasn’t meant to be.

“There comes a time when the operation goes from a rescue to a recovery mode. But it’s always in the back of your mind. You hear stories from overseas where people get miraculously found after ten days like in Haiti. And so you never lose sight of the fact that you could be lucky and find somebody — but the reality soon kicks in that given the extent of the damage it will be very remote but you keep focused on that.”

Have you thought about that day often?

“It’s always on your mind. You try to be positive and move on because it was out of your control. Quite often you have wee moments — you see something on TV and brings it all back to you. But it’s what you’ve got to cope with.”

The Japan earthquake and tsunami happened a few weeks later and you went there. What was that like?

“The devastation over there was unbelievable. Christchurch was bad enough but over there — it just showed you the power of water. It just demolished everything. It was horrifying to look at, just mindboggling.

“There were very few bodies to be found because they got washed out to sea in the receding tide. We got allocated a number of little villages to search and basically we were going through smashed up homes. We only found 2 people (these were bodies). It became very evident there were no survivors.

“Conditions were very cold over there. It got to 17 below zero — snow was everywhere. No one complained though it was bitterly cold.”

After Norton got back to New Zealand he had eight days off. Now he’s back at work as a firefighter. He is positive about the city plan and the future of Christchurch.

“Christchurch is lucky really. We’ve got some good people who have put their hand up to offer help — good architects, who have been listening to the public. There will be some neat places in town that people will want to congregate — it’s so important the city gets that city heart again.

“When you look at the big picture Christchurch will look back in 20, 30 years time and say we came through this together and we’ve built a different city and everyone’s had a say in it.”

Please click any of the covers below to read a digital copy of the publication. 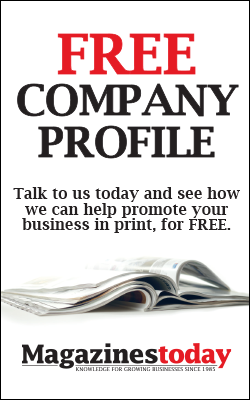